Celebrities And Athletes Who Meditate Everyday 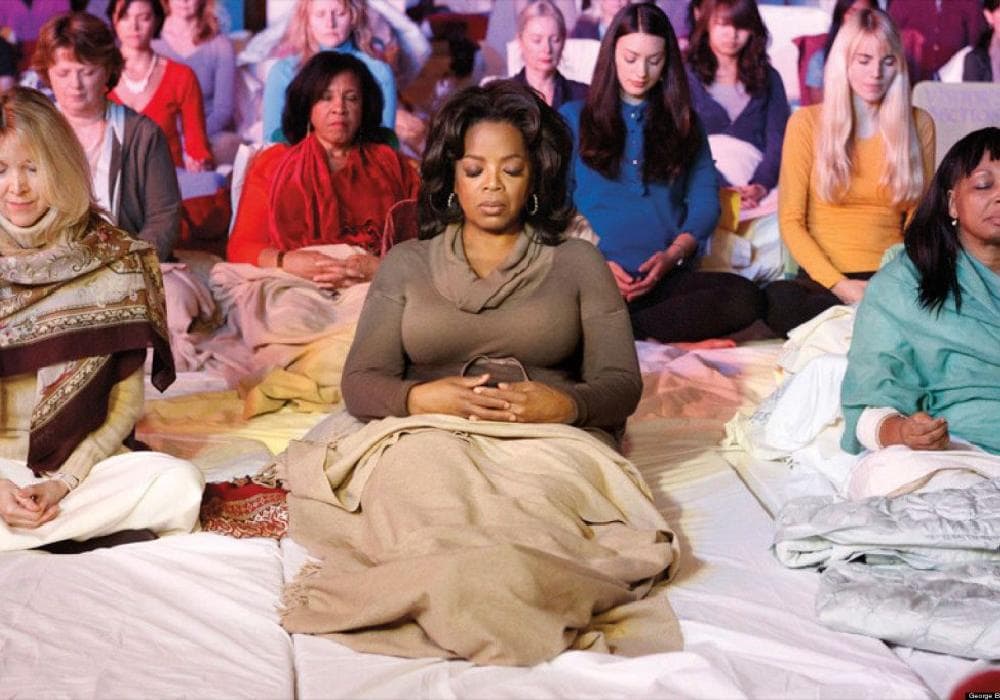 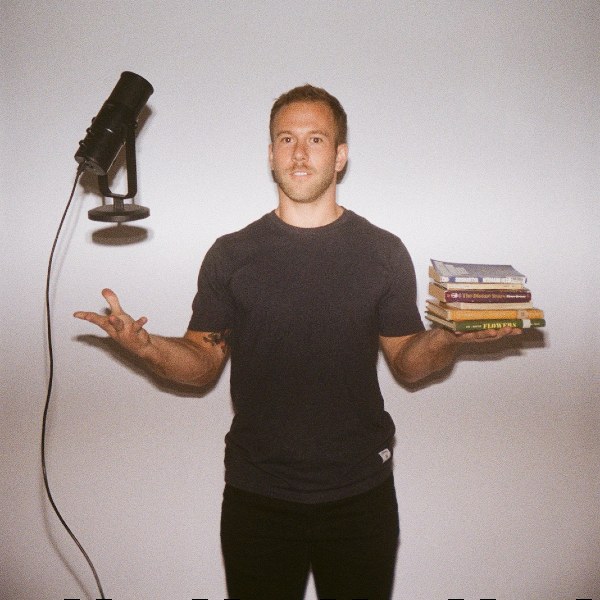 In recent years, meditation has gained massive popularity amove the masses. It has gone mainstream among everyday people. While this is a new practice for many of is, the ancient mental exercise of meditation seems to have been a recipe int the success of many of the most influential people in modern society for decades. This list is just some of the endless and ongoing count of successful individuals who meditate daily. In his book Tools of Titans, Tim Ferris states that meditation is quite possibly the most consistently shared practice among high achievers.

One of the largest promoters of mindfulness in the mainstream media is Oprah Winfrey. Oprah has openly stated that she is a daily meditator, a practice that allows her to perform at a high level. Looking at just how productive this woman is, it’s not surprising she is receiving a little help from this powerful practice to help her accomplish as much as she does.

Another high performing executive and creator, there is no mystery behind the performance of Arianna Huffington. Again, the answer is her meditative practice. Arianna Huffington totes meditation and mindfulness for her ability to stay sane, rational and productive while diving into uncharted business territory on a regular basis.

As the newest face of advertising for the Calm meditation app, Lebron James is widely known as a meditator. As many athletes often find, Lebron has toted meditation for its benefits both on and off the court including rational decision making, cognitive performance and the ability to perform and persevere under pressure. 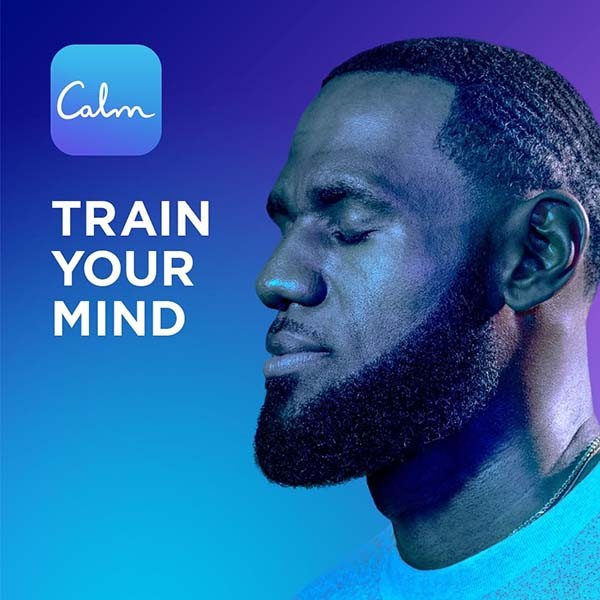 In his own words, Novak says he meditates because the practice provides him with the optimal state of peace and calm while simultaneously contributing to happiness and joy. The emotional balance has done wonders for his game and life both on and off the court.

Madonna reportedly subscribes to a daily dose of transcendental meditation. Between this and her distinctly ayurvedic diet, Madonna has said time and time again how she believes these two elements of health bring her the perfect balance of mind-body connectedness and balance.

Jeff Weiner has publicly recognized his daily use of the Headspace meditation app. This man has started one of the most successful resources on the entire internet, attributing much of his ability to perform under pressure to his newfound ability to think clearly through meditation.

The late Kobe Bryant was one of the most dedicated and talented basketball players to ever grace the court. His work ethic made him a high performer in nearly every aspect of his life, including business post-retirement where he was also well recognized for his contributions. Kobe was first introduced to meditation from the head coach of the Los Angeles Lakers, Phil Jackson. In the words of Bryant, “I think it’s important because it sets me up for the rest of the day. It’s like having an anchor. If I don’t do it, it feels like I’m constantly chasing the day, as opposed to being controlled and dictate the day.”

Russel Simmons is the man behind Def Jam Records, the label that made larger contributions to hip-hop over time than any other. Since those days, Russel has become a huge ambassador of meditation and has published a book called Success Through Stillness.

According to Paul, “In moments of madness, meditation has helped me find moments of serenity – and I would like to think that it would help provide young people a quiet haven in a not-so-quiet world. It was a great gift that Maharishi gave us.”

As with Kobe Bryant and Lebron James, it seems most of Basketball’s greats were daily meditators. Michael Jordan reportedly stated to have meditated every morning because it allowed him to avoid distractions and focus on the court. This focus provided him with a flow state that made him virtually unstoppable when charging his opponents with or for the ball.

Jerry Seinfeld is most well known for his starring role in, as you’ve probably guessed, Seinfeld. As the star of the show and the executive producer, Jerry was handling a lot, to say the least. He reported utilizing meditation each and every morning to get through it all, keeping the practice alive long after the end of the last season.

On his personal blog, Gates reported that he recently started meditating after coming across the written works and Headspace app created by Andy Puddicombe. He was reportedly drawn in by the research shared in the lessons. It was the legitimacy of the benefits that encouraged him to take up the practice.

Kendrick Lamar has been known to drop hints about meditation in many of his songs and interviews, leading many people to the conclusion that he must indeed be practicing it himself. Here is one of the many lyrics you can find where he makes sure to pay his respects to the ancient practice: “Meditation is a must, doesn’t hurt if you try. See you thinking too much, worried about your career, ever think of your health?”

In 2013 Ellen Degeneres came out on her show stating that she has been practicing transcendental meditation daily for 3 years and that it has changed her life. Since that time she has interviewed many famous meditation teachers on her show.

In the past few years, Joe Rogan has become one of the most influential people on the planet. Interviewing a wide range of guests on his podcast, he not only discusses his own practice often, but he also pulls information about the practice of many other influential creators on a very regular basis. As it turns out, many of them have a practice of their own. Joe often totes the benefits of practicing meditation in float tanks, encouraging many of his guests to give his personal tank a try right after their recording.

Although best and mostly known for his acting, Will Smith has recently become a very large presence in the personal development space. With regular motivational and mindset/mindfulness tips videos, he has recently been promoting meditation regularly and strongly across YouTube as well as his other channels.

It has never been a mystery that Tim Ferris is a regular meditator. In his books, podcast episodes and articles he is very regularly found discussing his own exploratory meditation practices. Fun fact, Tim Ferris was the first person I ever heard talk about meditation in the public realm. He most certainly was not first, but he made major contributions toward the modern and public awareness of the benefits this ancient practice provides.

Katy Perry is a well-known advocate for transcendental meditation. In 2011 she first started openly discussing her practice and all of the personal and professional benefits that came with it.

In 2011 Scorcese shared the details of his practice in an exclusive interview with wellness personality Ray Dalio. He share the following sentiment among many others: “For the last few years, I’ve been practicing Transcendental Meditation. It’s difficult to describe the effect it has had on my life. I can only mention may-be a few words: calm, clarity, a balance, and at times — a recognition. For me, meditation has made a difference.”

In his biography, Jobs mentions meditation time and time again, discussing the subtle but critical contributions it provided in his thought process throughout the creation of his company. One of his most famous quotes was the following: “If you just sit and observe, you will see how restless your mind is. If you try to calm it, it only makes it worse, but over time it does calm, and when it does, there’s room to hear more subtle things – that’s when your intuition starts to blossom and you start to see things more clearly and be in the present more. Your mind just slows down, and you see a tremendous expanse in the moment. You see so much more than you could see before. It’s a discipline; you have to practice it.”

George Lukas has reportedly been meditating for almost 40 years. There are even rumors that ‘the force’ in his Star Wars series is a secret reference to the pure consciousness achieved when one has put in the work and time to become a master at meditating.

Subscribe to our newsletter below to get yourself a free set of guided meditations and journal prompts. 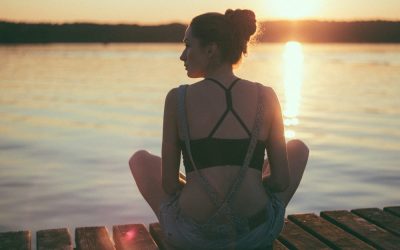 Meditation is an ancient and profound practice that can provide us with a whole host of mental and... 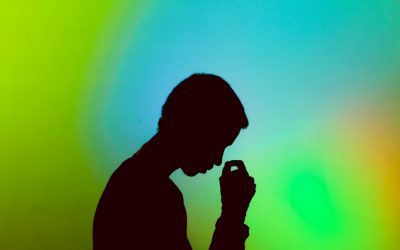 Mindfulness For Stress Resilience During COVID19

With a global pandemic at the forefront of world news, the global economy, and the minds of... 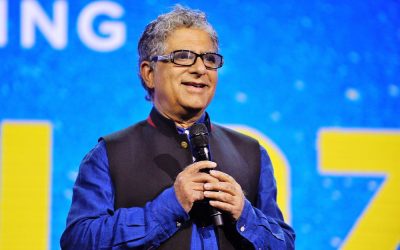 16 Of The Most Respected Mindfulness Teachers Of Modern Day

Although Mindfulness is, and always has been a part of the ancient lessons of Buddhist as well as...